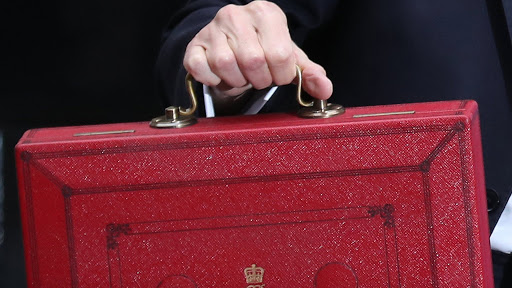 The role of Liquidator can only be undertaken by a Licensed Insolvency Practitioner [LIP] who is an individual licensed so to act by one of a number of licencing bodies. The bodies with the largest numbers of licence holders are the Institute of Chartered Accountants in England and Wales [the ICAEW] and the Insolvency Practitioners Association [the IPA].

The process of liquidation can be significantly different depending upon whether a company is solvent or insolvent.

In most cases, an MVL is the best way for a shareholder to get his/her money out of a company in a tax efficient manner. In addition, it can be used as a tool to carry out the reconstruction of the assets or trade of a company. The tax considerations of shareholders usually drives the timing of such a liquidation. Capital reliefs, such as Business Asset Disposal Relief [BADR] [aka Entrepreneurs’ Relief], can be applied to all capital distributions made by the Liquidator to individual shareholders who own 5% or more of the company’s shareholding. The MVL liquidation allows for capital distributions of assets to shareholders rather than income distributions [i.e. salary or dividends]. Currently, for UK taxpayers, the tax paid on capital receipts is significantly less than for income receipts.

As stated above an insolvent liquidation can take 2 forms, namely a CVL or a Compulsory Liquidation. Although the end result will be the same – the dissolution of the company, the manner of entering into the liquidation process is very different [see below].

In an insolvent liquidation, the clear expectation is that there will be no return to shareholders and creditors will not recover in full the debts owed by the company. How do companies go into liquidation?

In a CVL, the Shareholders once again pass a Special Resolution to wind up the company or consent in writing as outlined above.

In both an MVL and CVL an Ordinary Resolution is passed appointing a Liquidator[s] to carry out the winding up procedure. The main difference is that in a CVL the creditors can, through what is known as the Deemed Consent Procedure, force a vote by creditors that can impose their nominated Liquidator to act as opposed to the Liquidator nominated by the directors/shareholders. The creditors of a company that is going into MVL have no say as to the person who is to be appointed Liquidator.

In a Compulsory Liquidation, the company is placed into liquidation by way of a Winding Up Order made by the Court, based upon a Winding Up Petition that usually is presented by a creditor of the company. From 1 October 2021 the petition debt must be £10,000 or more [previously the threshold was £750]. As a prelude to the presentation to court of a Winding Up Petition, the creditor would usually issue a Statutory Demand [aka a 21 Day Notice] against the debtor company giving it 21 days to settle the debt. If the debt was not settled in that period, the creditor could petition the court. The process has now slightly changed in that the creditor now has to send a Written Notice to the debtor seeking the debtor’s proposals for payment of the debt and allow 21 days before issuing a Winding Up Petition, in the absence of a satisfactory proposal for settlement of the debt. The Written Notice is different to a Statutory Demand, although its effect is broadly similar. Role of the Liquidator

Notwithstanding whether the Liquidator is dealing with a solvent or insolvent company, many of the features of the role are similar. The Liquidator in any procedure will:

In an MVL, one of the main tasks of the Liquidator is to get tax clearance from HMRC in respect of all taxes that the company may owe to government bodies.

The main difference in the role is that the Liquidator of a CVL has a statutory responsibility to investigate the affairs of the company, particularly the circumstances leading up to the liquidation. As part of this investigator role, the Liquidator will file a report [often known as the D Report] to The Insolvency Service on the conduct of all persons who have been Directors or De Facto/Shadow Directors in the 3 years leading up to the commencement of the liquidation. In a Compulsory Liquidation this investigatory process and review of director conduct is undertaken by The Insolvency Service itself.

A further significant difference is that the Liquidator of an insolvent company can call upon powers contained in the Act and Rules to apply to court to require Directors to make personal contribution to the assets of the company where a case for Wrongful Trading can be proved against them.

In a Compulsory Liquidation, the Official Receiver [an Officer of the Court and of The Insolvency Service] quite often acts in the role of Liquidator. An LIP in private practice can act as Liquidator, by either being nominated to do so by the creditors or by direct appointment by the Secretary of State for Business, Energy and Industrial Strategy.

On liquidation, the executive powers of the Directors cease as does the trading of the company [except in exceptional circumstances where for instance perishable good need to be disposed of].

The claims of Employees can only be made to the Government’s Redundancy Fund when the company has been placed into formal liquidation.

In an insolvent liquidation, directors may, by agreement with or application to court by The Insolvency Service, be disqualified from acting as a director for between 2-15 years.  Notwithstanding the aforementioned, the fact that a company has gone into liquidation, should have absolutely no effect on the personal credit rating of a director. End of the liquidation

In all liquidations, the duly appointed Liquidator will file a final report to members/creditors and file the necessary cessation forms with Companies House. 3 months after the Registrar at Companies House has received such notification, the company will be deemed to be dissolved.

The primary aim of any liquidation is to ensure that parties receive what they are entitled to in the order of priority as laid down in the Act and Rules. It is the job of the Liquidator to make sure that such priority is respected.

No matter whether the company is solvent or insolvent, it will always remain the case that early professional advice should be sought from a LIP, to ensure the timely implementation of the liquidation process.

Beware Bounce Back Bite Back?

Beware Bounce Back Bite Back?